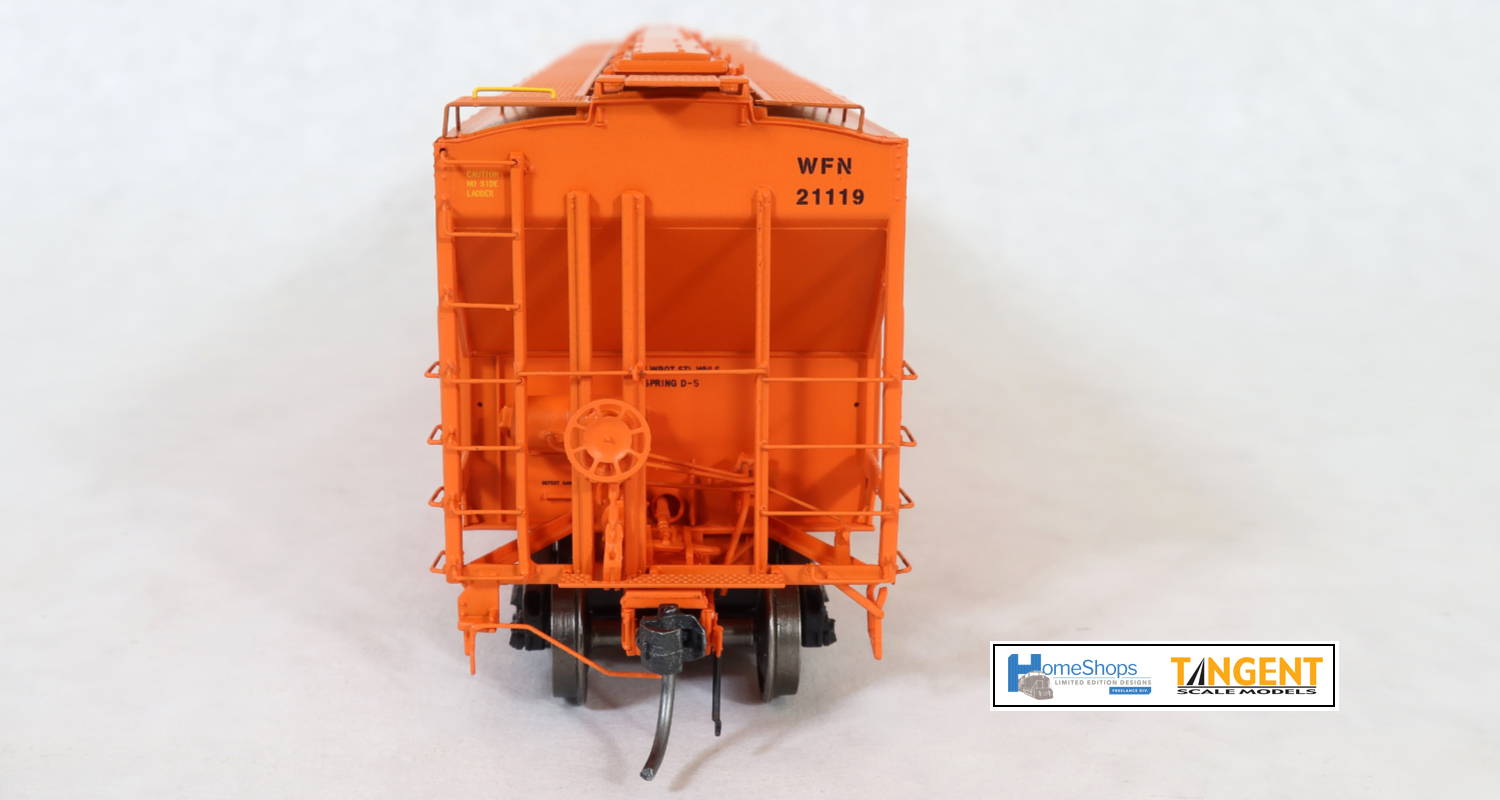 The West Falls Northern is an exciting Freelance Model Railroad concept by Daniel Archer!  With an all Alco/MILW locomotive roster what is not to like?

In Daniel Archer's storyline the West Falls Northern is closely associated with the Delaware and Hudson.  Together they handle overhead bridge traffic between New England, Chicago, and points in Canada.  As part of this history the West Falls Northern was purchased by Guilford in November of 1984 and was spun back off with the Delaware and Hudson property in 1988.  By 1990 the WFN and the D&H combined to form a single railroad.

The first diesel paint scheme was the early lightning stripe as delivered on FA, FB, and RS3 locomotives.  In 1961 this paint scheme progressed with a white stripe separating the orange and grey.  In 1972 the railroad began painting locomotives in the "Orange Dip" solid orange scheme with striped sills.  Once C420 was painted in bicentennial colors of course in 1976 and in 1982 a couple of locomotives were repainted into a retro throwback to the first scheme.

We look forward to seeing what Daniel does with the West Falls Northern in the years to come! 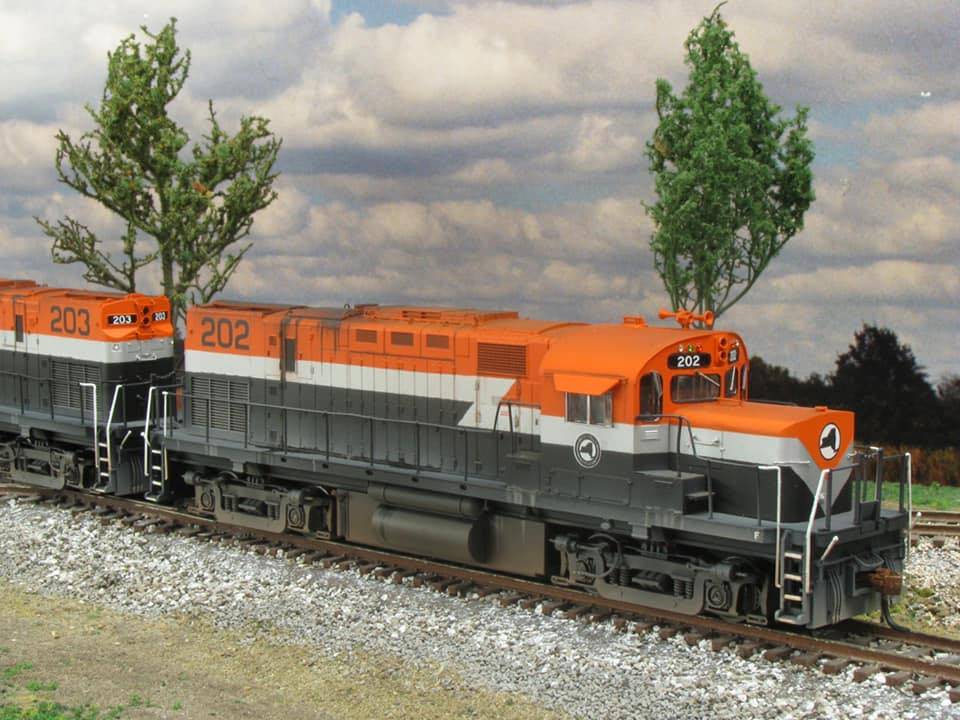 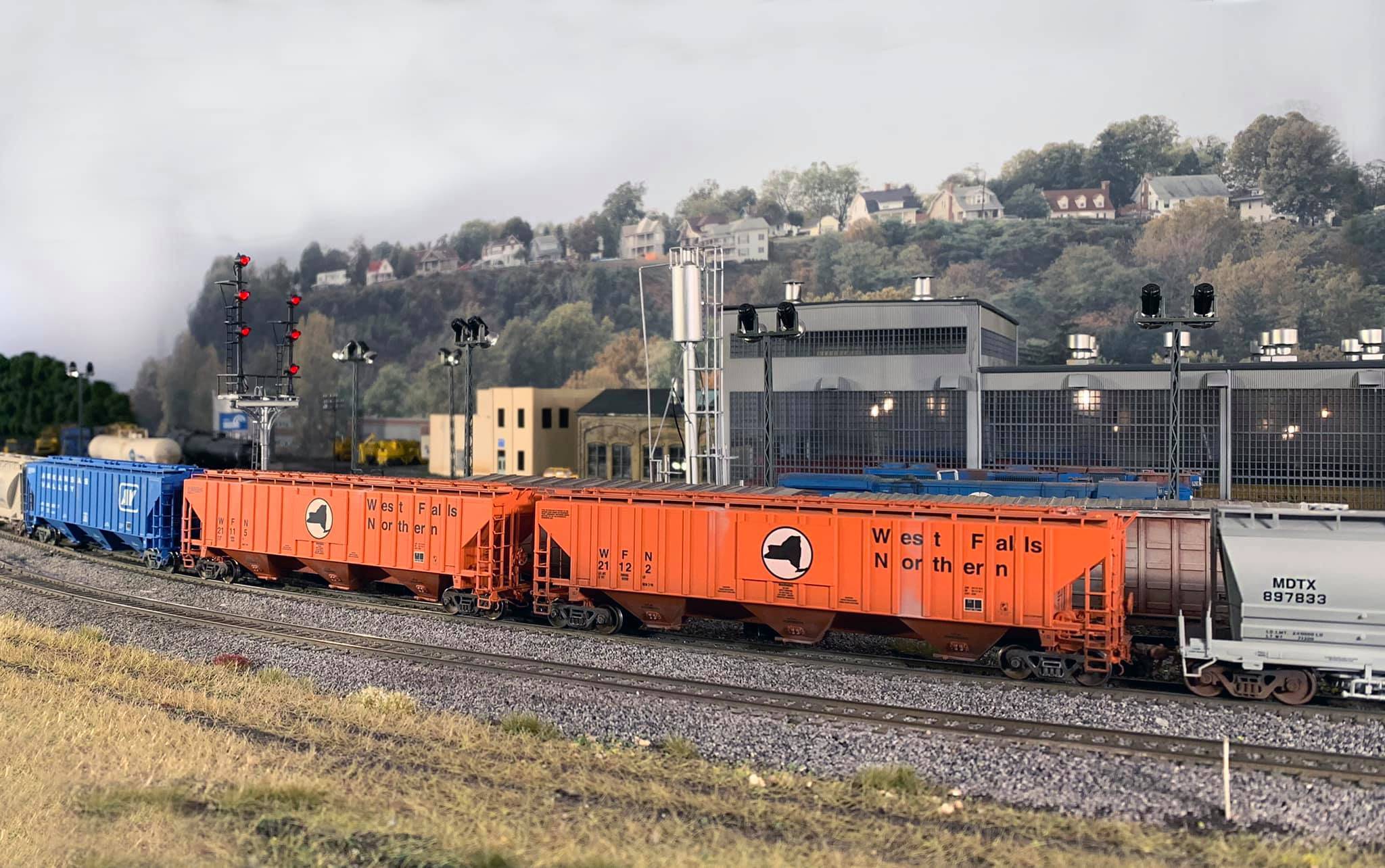 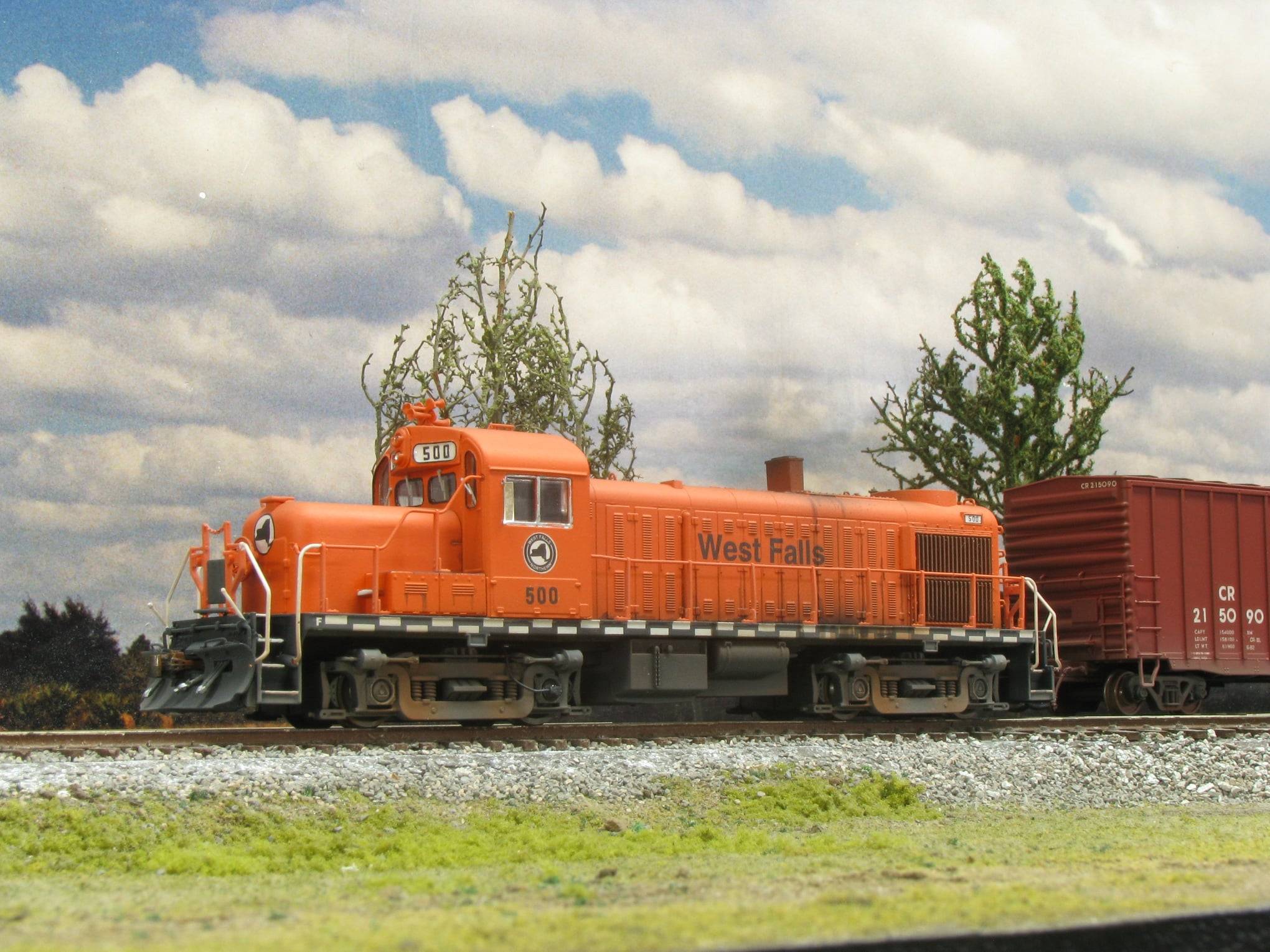 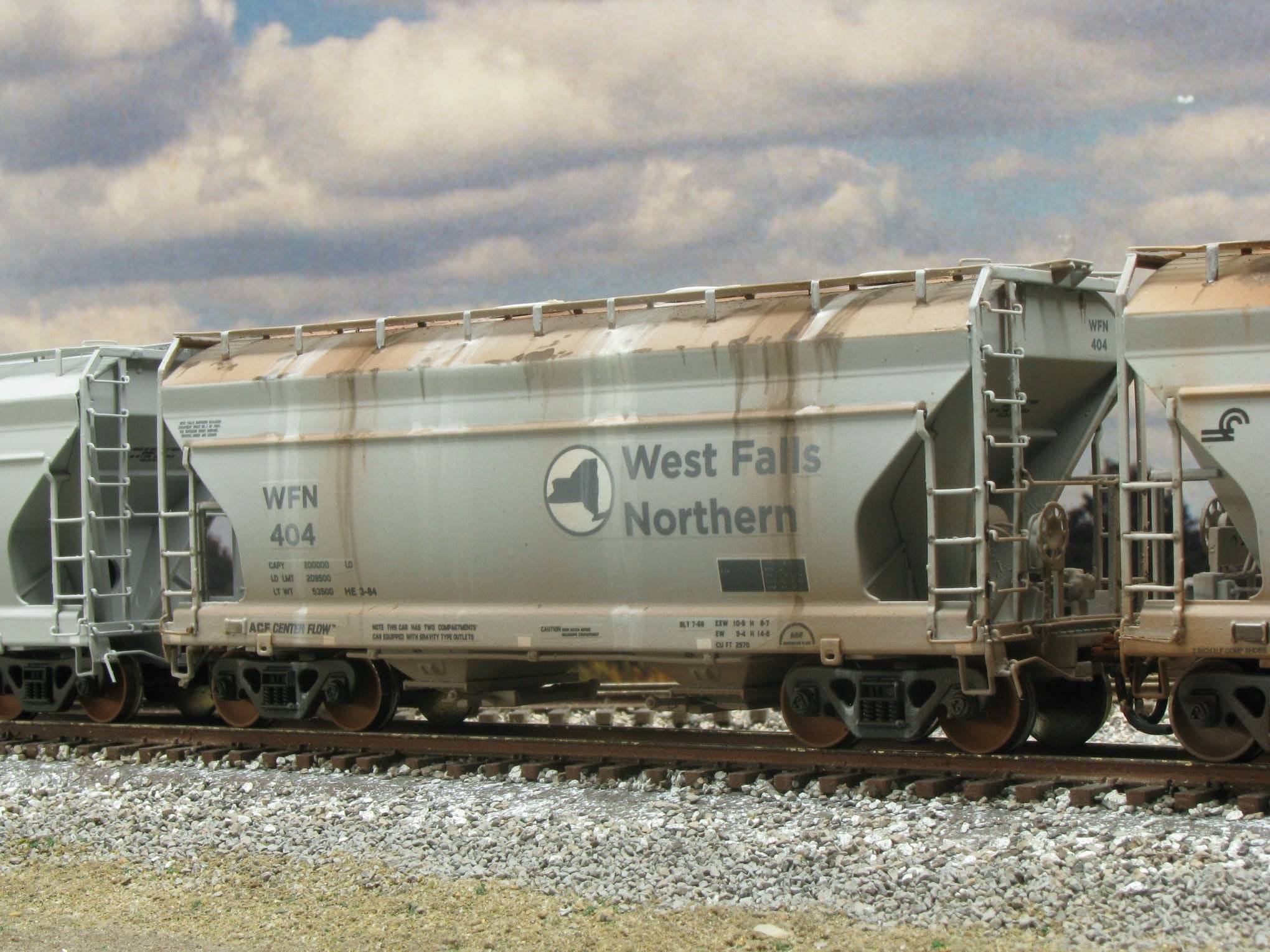 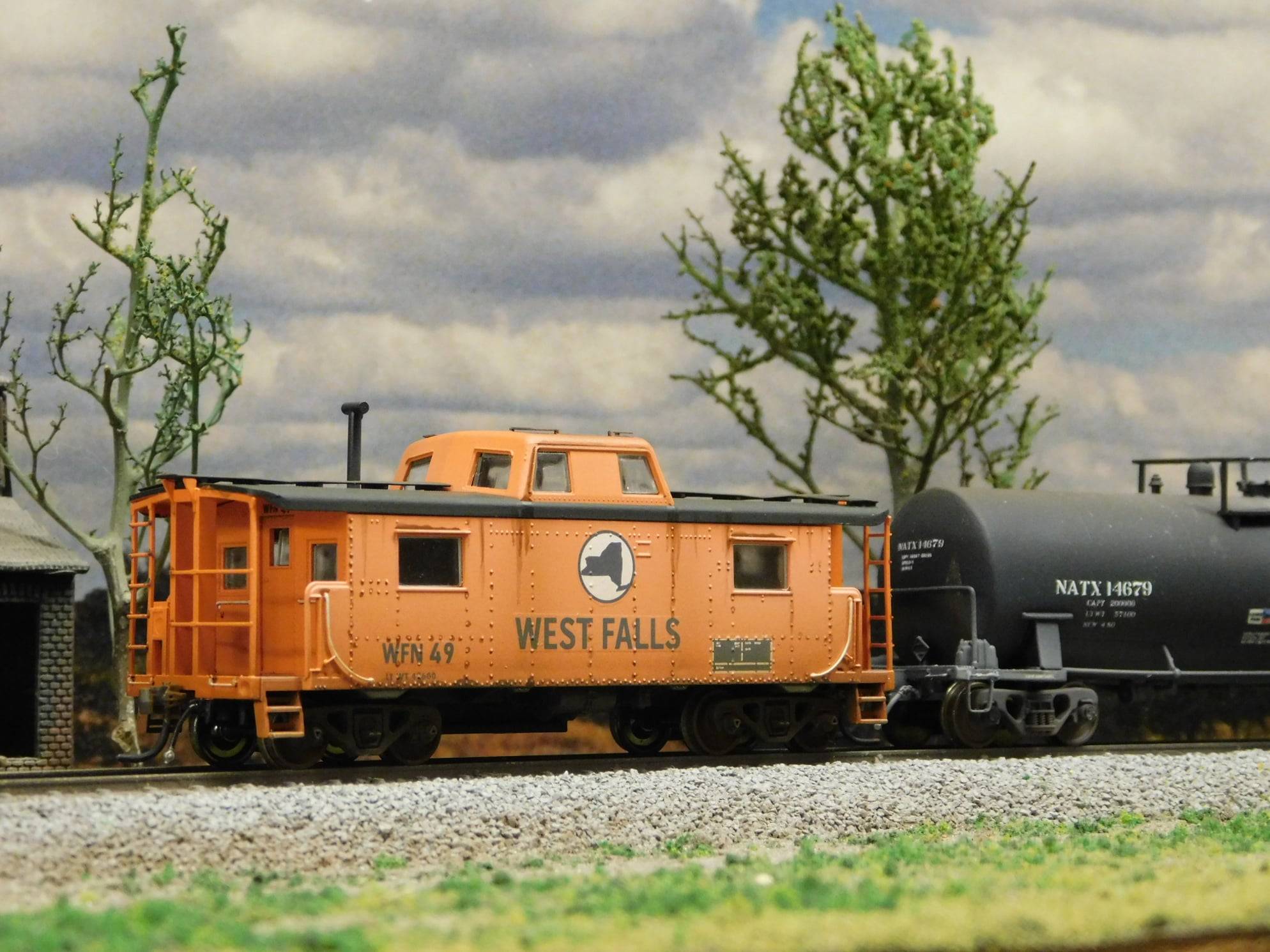 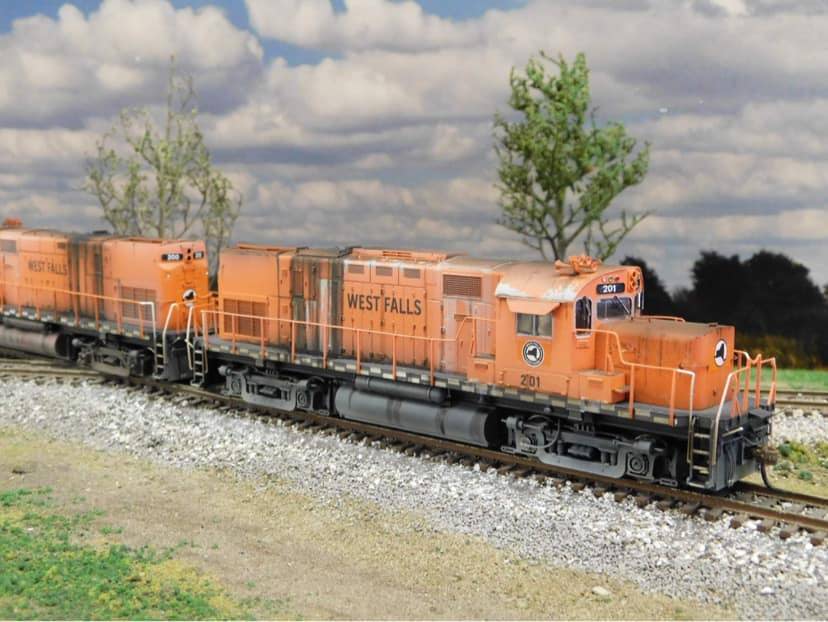 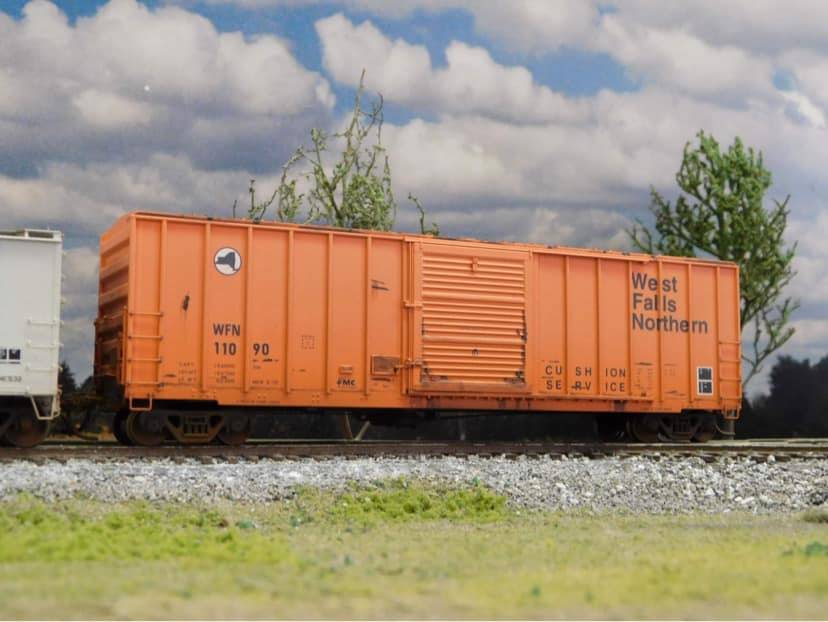 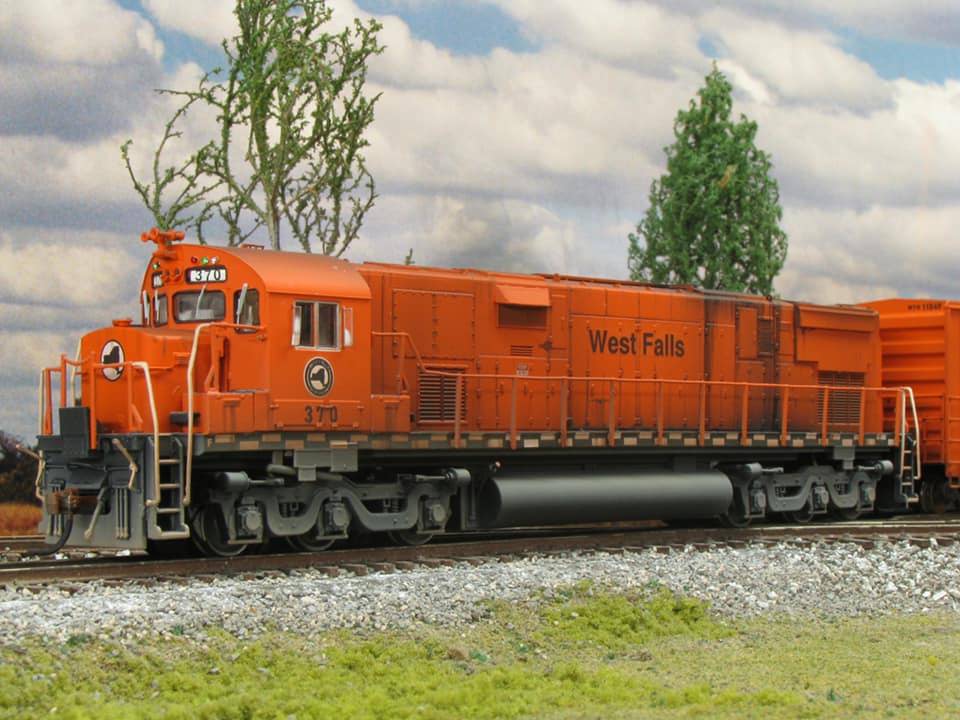 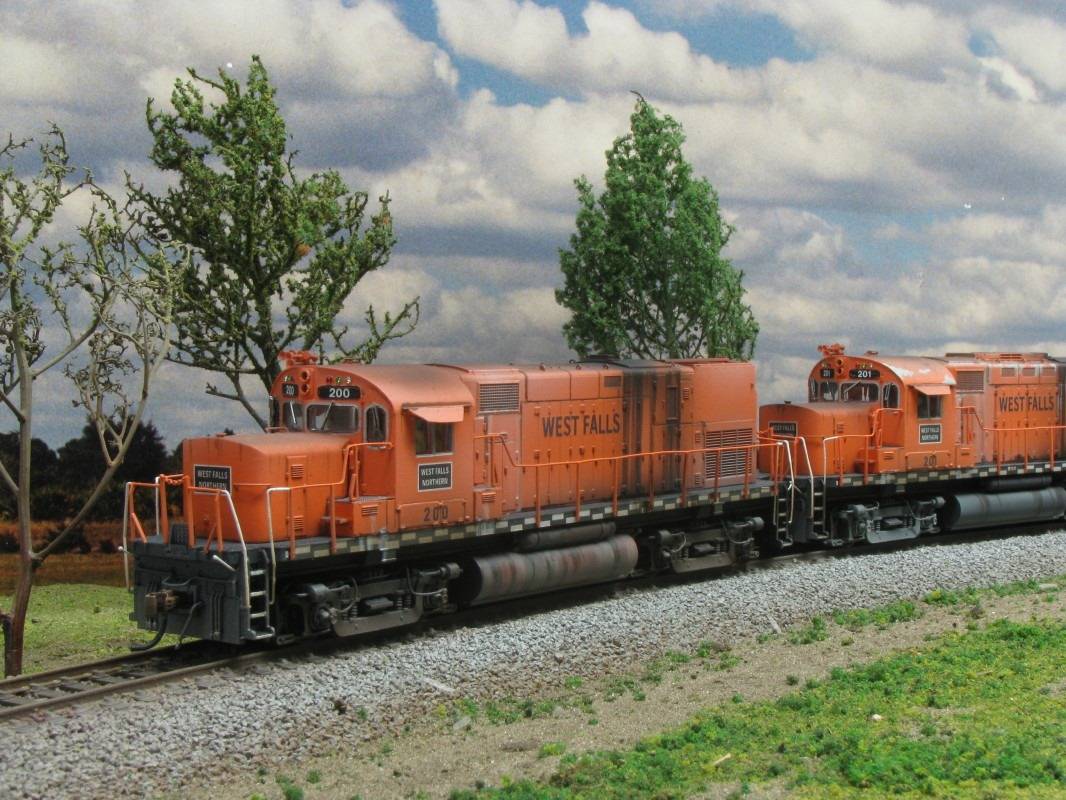 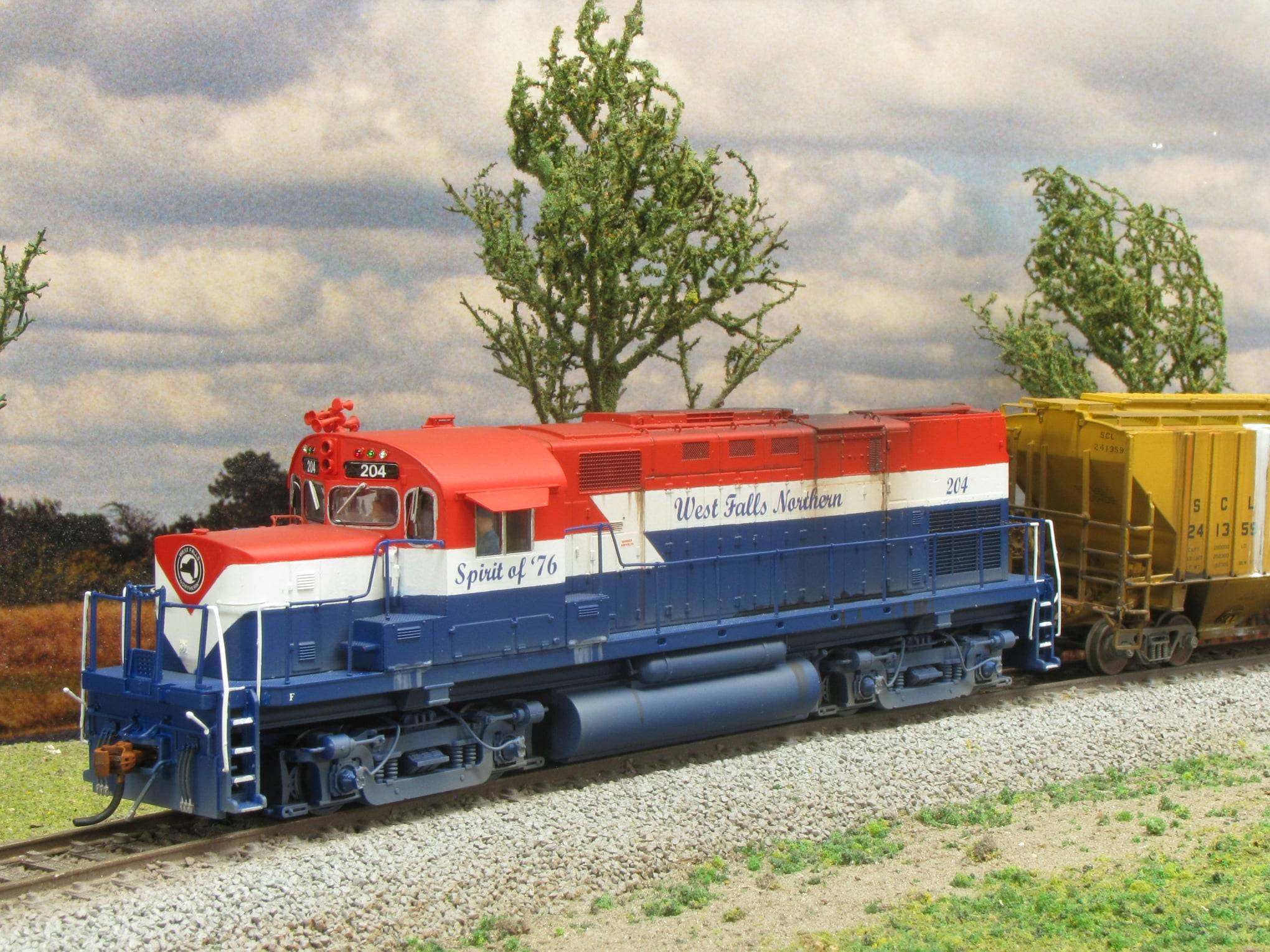 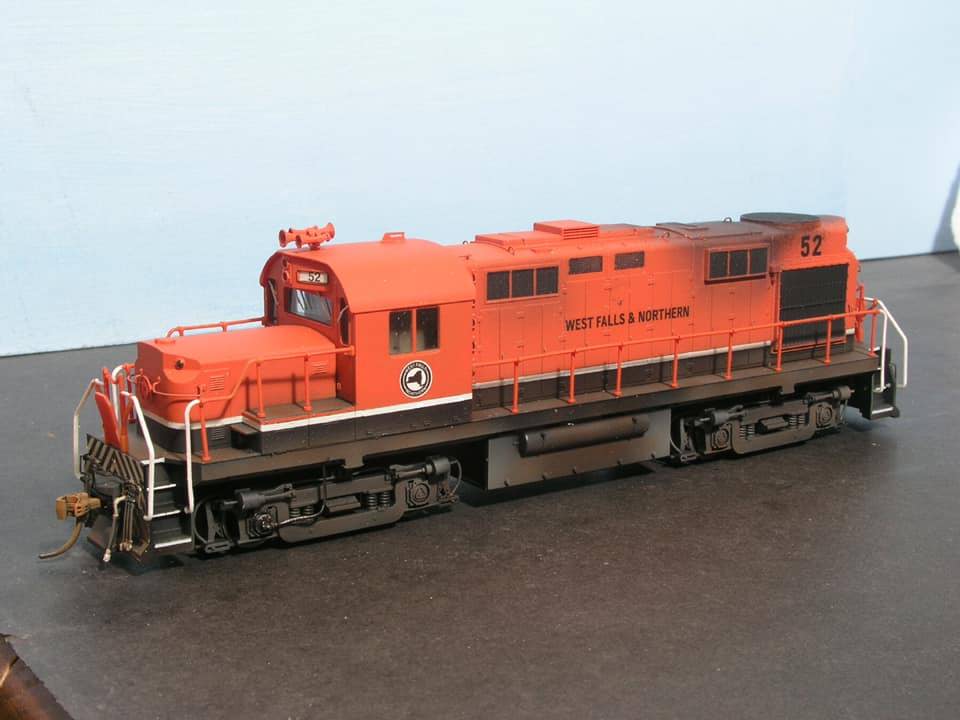