FRANK ELLISON and the DELTA LINES

Frank Ellison was born in New Orleans on 14 March 1887 and grew up in the city. He worked as a telegrapher on the Louisville & Nashville for two years, and then traveled around the country for 15 years with his wife and his brother performing a classical music act on the Orpheum vaudeville circuit as the Three Ellisons. He once wrote that during his time on the road he had traveled 360,000 miles by rail! His background in theater would influence his philosophy of model railroading throughout his life.

Ellison began building model trains in Summit, New Jersey when he was around 30 years old; but by 1932 he had returned to New Orleans and was working in the advertising department of the New Orleans Item newspaper. It was then that he began to showcase his model railroading creativity and writing talent. By 1933 he was living in the city's Lakeview neighborhood and, although he would move several times, his New Orleans residence would always be in this neighborhood. 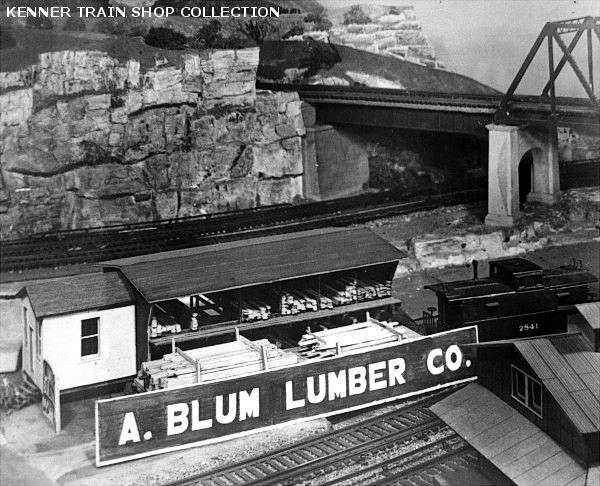 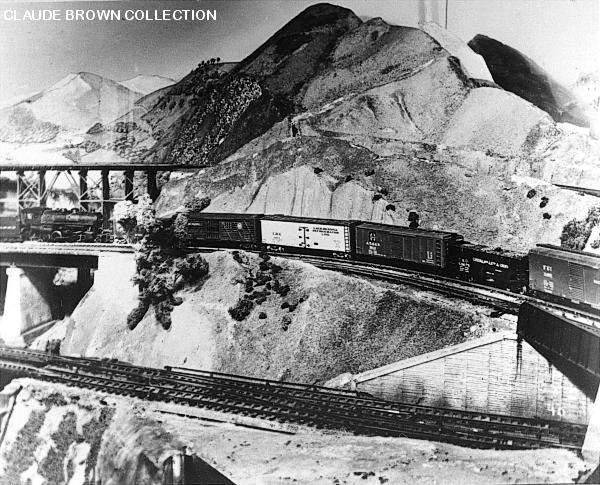 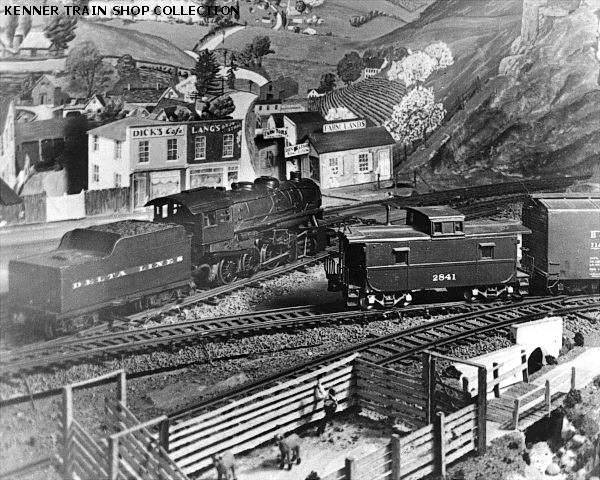 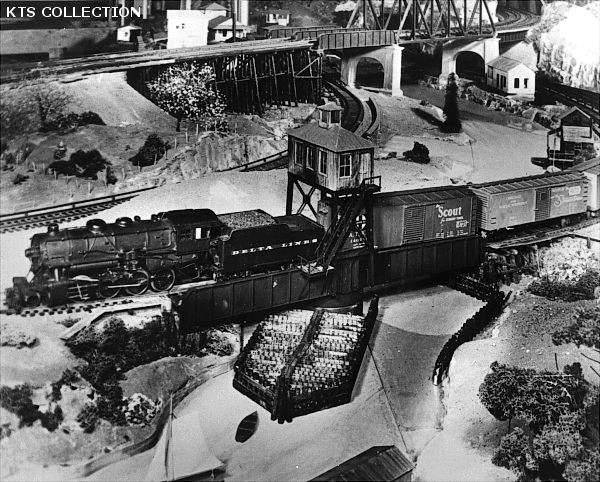 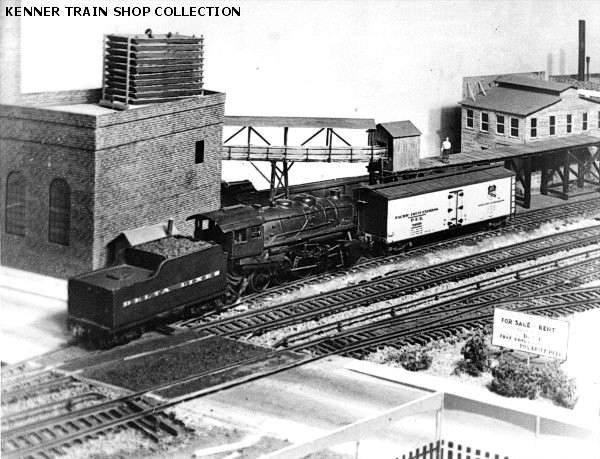 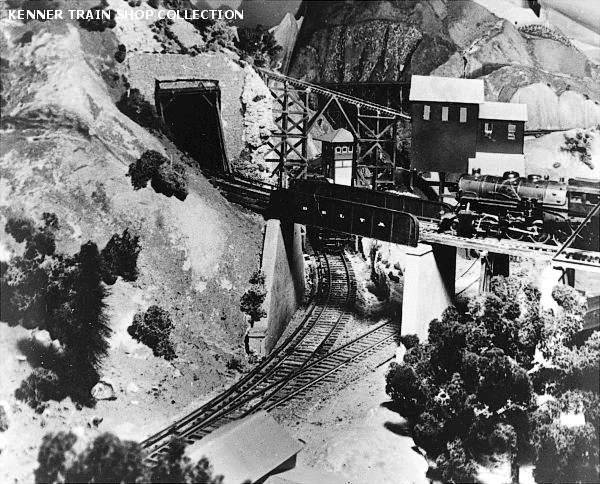 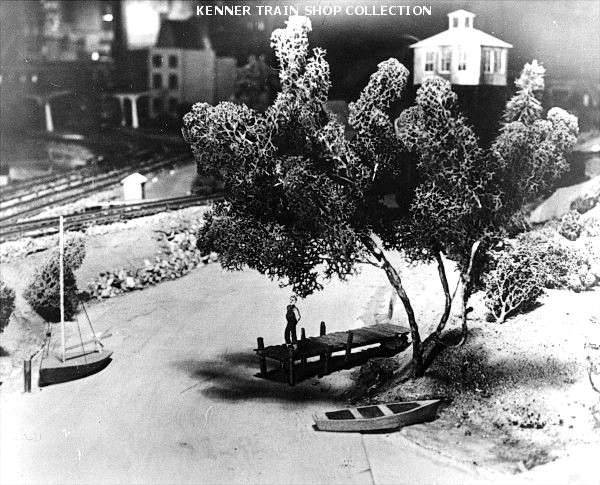 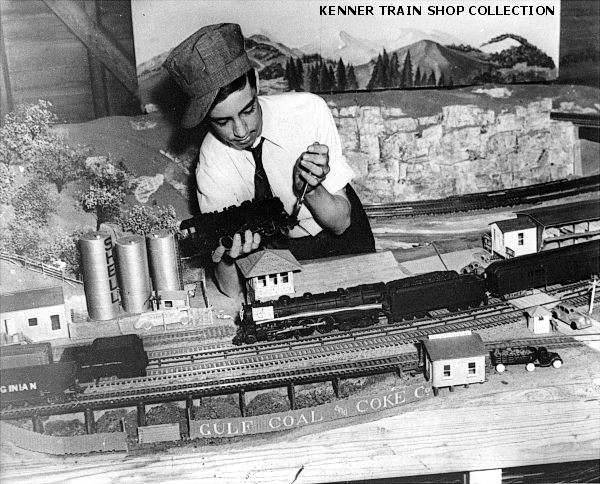 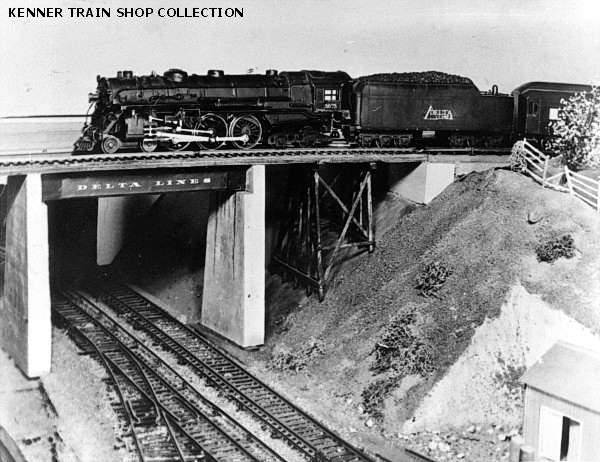 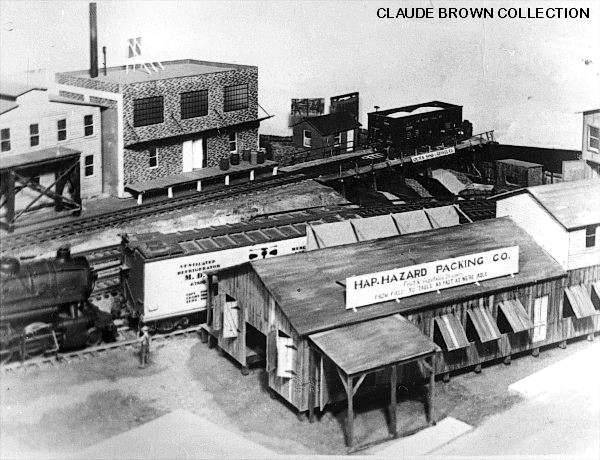 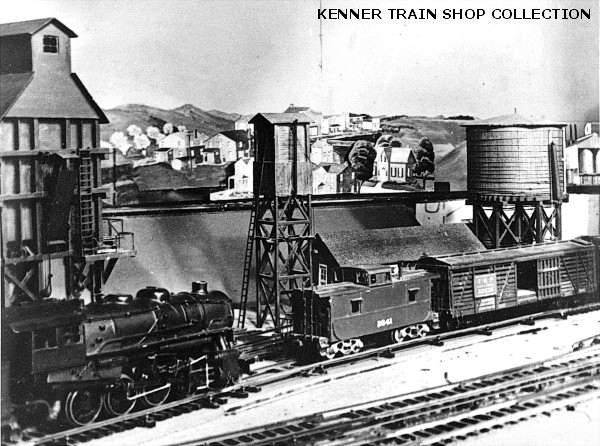 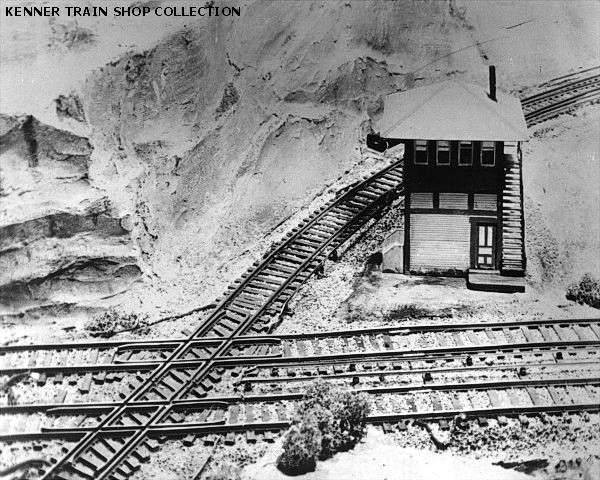 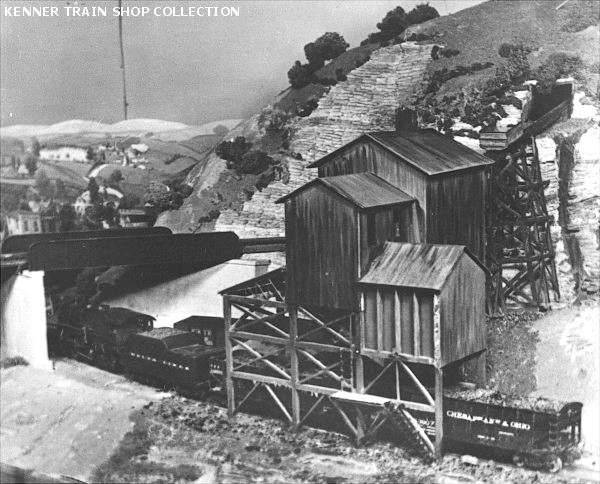 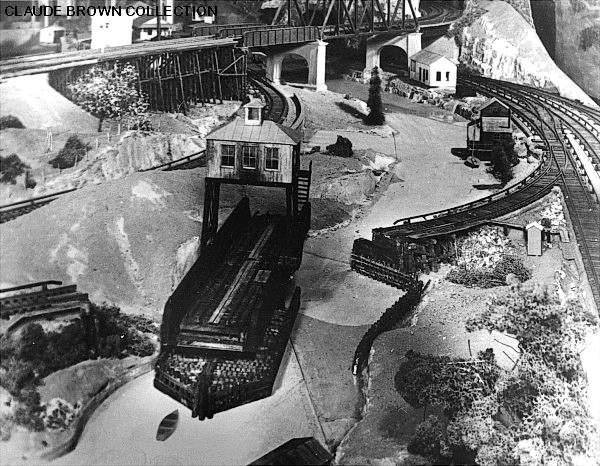 Ellison's first article appeared in the Lionel Magazine in 1934 and the last in Model Railroader in 1956. While he took credit for most of his work, some of his articles appeared under the pseudonym Jerome Madison, some under the names of two of his sons (Donald and Raymond), and a few were published anonymously. Some of his later articles were simply expanded reprints of his earlier work. The publications included Model Builder, Model Railroader, Railroad Model Craftsman, Toy Trains, and Trains. In 1954 some of his previous work was published in the book Frank Ellison on Model Railroading.

Ellison wrote on subjects such as layout planning, scenery and structure construction, and operation. Perhaps his best-known writing is a 6-part series, The Art of Model Railroading, which first appeared in Model Railroader between March and August 1944. The series portrayed the operation of a model railroad as a theatrical performance – an area Ellison was very familiar with – in which the tracks are the stage, the buildings and scenery are the setting, the trains are the actors, and the operating schedule is the plot. MR thought enough of the series to reprint it 20 years later, between August 1964 and January 1965; and then used some of the material again in a tribute to Ellison in its July 1976 Bicentenniel issue.

Most of Ellison's articles were based on his own model railroading activity. Initially, this involved a Standard Gauge layout; but in 1935 he began work on an O scale railroad. This outside-third-rail layout would become one of the country's best-known model railroads, the Delta Lines. (The first Delta Lines article appeared in 1938.) During its existence, the Delta Lines had two homes. The railroad's first location was at 6713 Colbert Street, between Fillmore and Chapelle streets; so the Delta Line's terminals were named Fillmore and Chapelle, and the big division point yard was Colbert. In early 1940, the Ellison's moved into a larger home at 6845 Colbert, a block and a half away, and lived here for almost 20 years. Tuesday evening became the regular meeting day for what Ellison called the Delta Lines crew. The members of the crew evolved over time, and included over two dozen people.

While Ellison was serious about model railroading, he never took it too seriously! Locations on the railroad were named for each of his eight children: Donaldson, Ginia, Louise Manor, Marthaville, Mt. Eleanor, Port Richmond, Raymondale, and Ruthvelt. The A. Blum Lumber Co. was named after a son-in-law, and other industries had humorous names such as Carter's Little River Mills and the Dodd Dam Power Co.

With a theatrical background, Ellison had a knack for showmanship. When the Delta Lines' main line was completed in 1942, Ellison held a gold spike ceremony and the last spike was driven by a real railroader, the Southern Pacific's General Freight Agent at New Orleans. As with many model railroads, the gold spike ceremony did not mean the end of construction. Throughout its existence, the Delta Lines evolved and grew. It eventually occupied an area of about 40x45 feet, with a main line 475 feet long.

It seems as though all of Frank's neighbors knew about the Delta Lines; and in 1955, so did a lot of other people in New Orleans. That May, television station WDSU Channel 6 – the city's NBC affiliate – filmed the layout in operation. The intense illumination provided by the television crew for their photography enabled Delta Lines operator William Harry to shoot color slides of the layout, the only ones ever taken.

Frank's wife Nellie passed away in early 1954, and this certainly affected Frank and his interest in model railroading. By this time, Frank was 66 years old. Only three articles were published after Nellie's death: two in 1955 and one in 1956. In 1957, Frank sold the big house on Colbert Street and moved into an apartment. He made an arrangement with the new owner of the house to occupy the basement for a year, while the layout was being cut into movable sections and moved. The pieces of the Delta Lines were stored in a shed behind Peter Many's home and Frank moved to Baton Rouge to live with one of his children.

On a trip to Boston to visit one of his daughter's Frank met Sam Sachs, an eye doctor. Dr. Sachs purchased the layout and most of Ellison's rolling stock. The railroad was carefully loaded into a truck for the trip to Massachusetts. Unfortunately, the truck experienced a mishap with a low bridge in Maryland and the contents was reloaded into another truck. During this reloading, some of the heavier pieces ended up on top of the lighter ones and many of the layout sections were severely damaged. While parts of the layout survive to this day, the Delta Lines was never reassembled.

Mr. Ellison passed away in Baton Rouge on Wednesday 30 September 1964 after a brief illness. He was 77 years old. Coincidentally, this was right after Model Railroader began rerunning The Art of Model Railroading which exposed his writing to a new generation of model railroaders. Three days later he was interred in Greenwood Cemetery in New Orleans, less than two miles from the home of the Delta Lines. His obituary in the New Orleans Times-Picayune described him as a vaudeville specialty writer and a newspaper man, but it also mentioned the Delta Lines.

Frank Ellison's contribution to the hobby of model railroading has been formally recognized on at least three occasions. In 1961 the National Model Railroad Association (NMRA) awarded Frank its highest honor, Honorary Life Membership. The NMRA began bestowing this honor in 1946, and Frank was the ninth person to receive this award. In 1994, the NMRA recognized Frank as one of the Pioneers of Model Railroading. This award was introduced by the Model Railroad Industry Association in 1984 and was later adopted by the NMRA. Frank was the sixteenth person recognized with this award. In 1995, he was inducted into the O Scale Hall of Fame. O Scale News magazine introduced this recognition in 1993, and Frank was one of its early recipients.

The Delta Lines is long gone, as are most of the men who operated it; but many of the railroad's cars, locomotives, and buildings survive, as do the writings of the man who built them. Forty years after his death, modelers are still practicing what Ellison preached!

This post by Michael M. Palmieri is also displayed in the article library on the Freelance Meridian Speedway website!