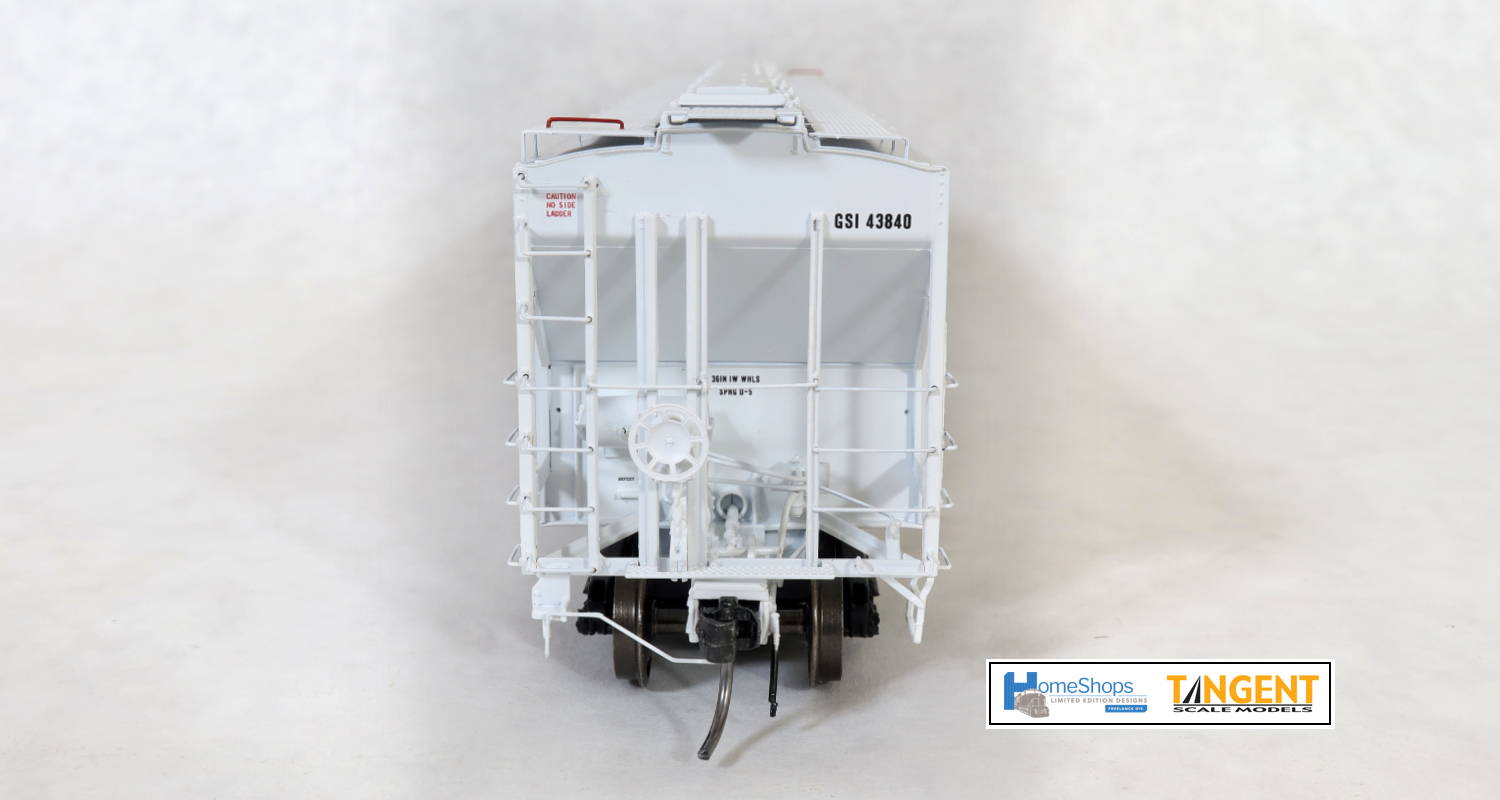 One of the primary freelance railroads that comprises Christopher Palmieri’s HO scale “Meridian Speedway” is his Natchez Trace and Orient Railroad.  The storyline is that this railroad was born as a spinoff during the creation of the Illinois Central Gulf Railroad in 1972.  While the primary route of the Natchez Trace and Orient is the east-west mainline from Meridian, Mississippi to Shreveport, Louisiana; the line from Hattiesburg to Gulfport that once was the Gulf and Ship Island was also part of the freelance transaction.

Although the freelance Gulf and Ship Island is not operated as a separate entity from the Natchez Trace and Orient Railroad, Christopher Palmieri wanted visitors to his Meridian Speedway to get a sense of the history and culture that made up the concept.  Following the idea that railroads will paint and/or letter equipment for predecessor roads to maintain Trademark ownership, it was decided that some equipment would be painted for the Gulf and Ship Island.  In the freelance world, Mr. Palmieri has scripted an export grain terminal at Gulfport, MS.  As a result, grain hoppers are among the most prevalent car types to receive freelance Gulf and Ship Island paint.

The “Steering Wheel” logo bearing the slogan “Deep Water Route” was provided by fellow modeler Robert Tomb who had developed artwork for HO scale decals based on a rare photo of an actual Gulf and Ship Island boxcar!

The Gulf and Ship Island name was subsequently resurrected in the prototype world when Robert J Riley, CEO of Mississippi-based short line operator Rock Island Rail, announced that an agreement was reached with the Harrison County Development Commission.  Rock Island Rail would restore the Seaway lead in Gulfport, Mississippi under the name Gulf and Ship Island!  The Steering Wheel logo was even applied to GP15 1106! 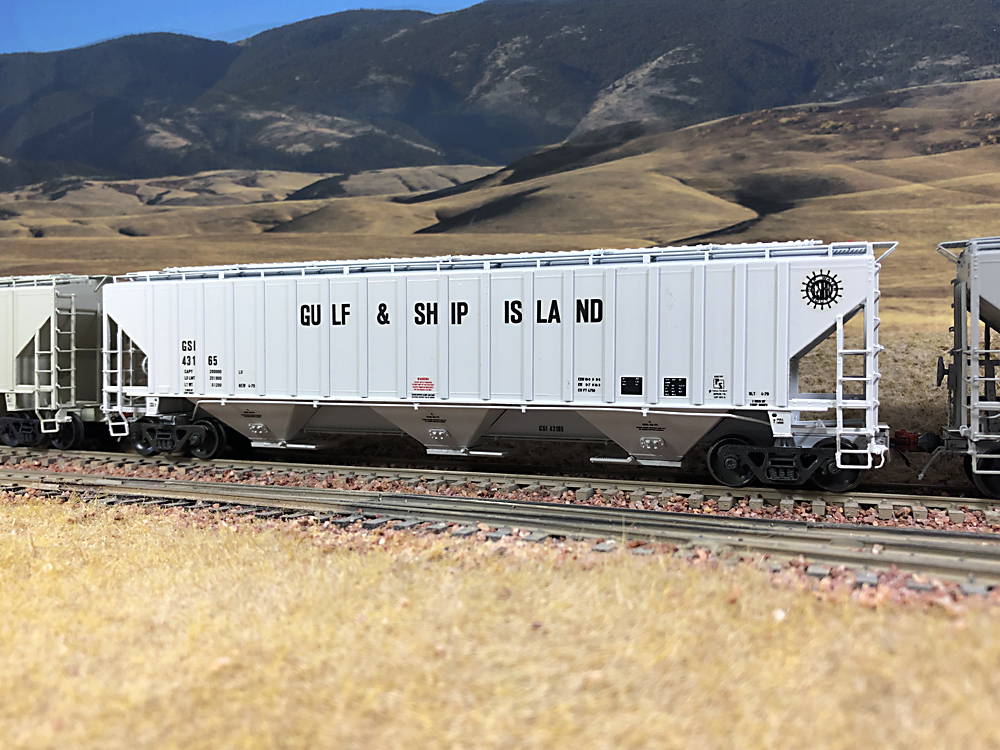 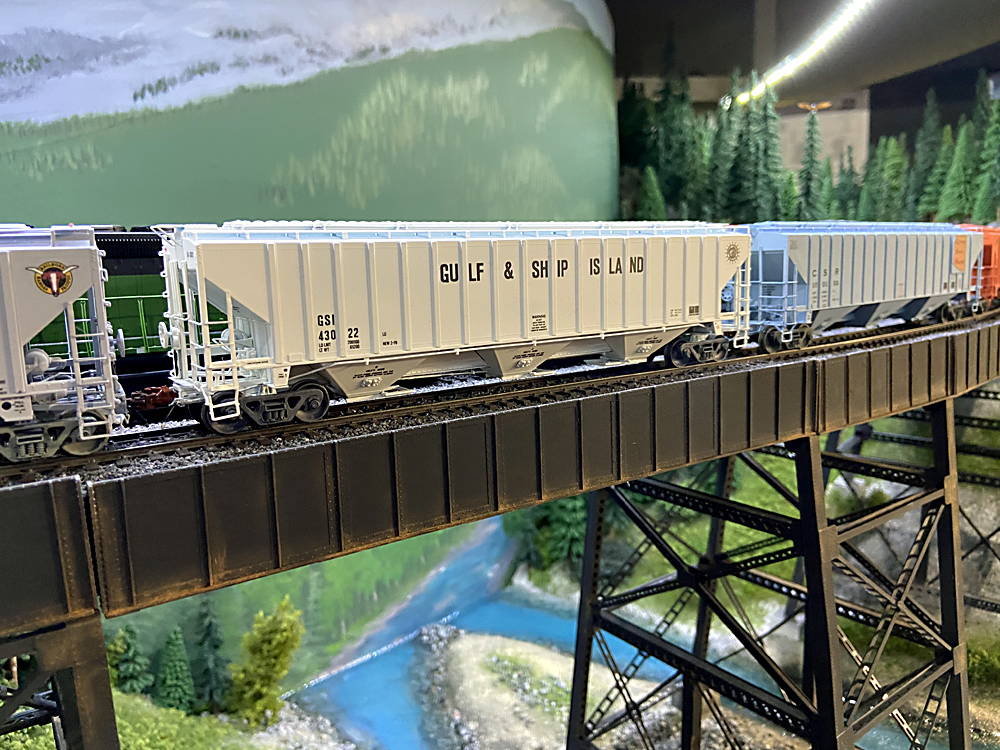 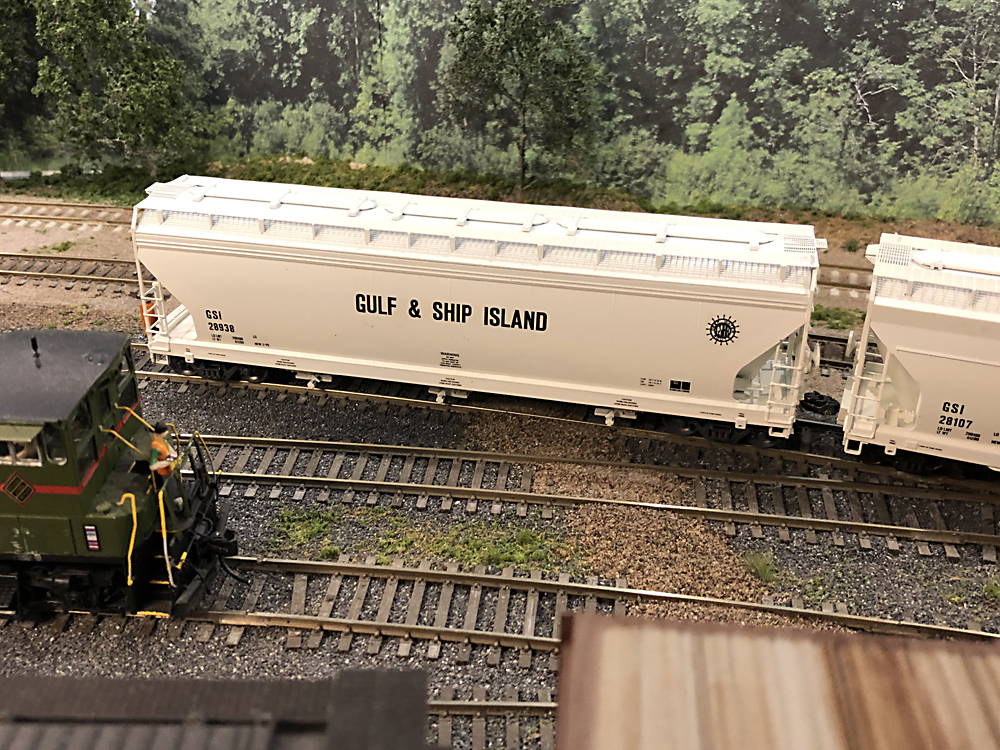 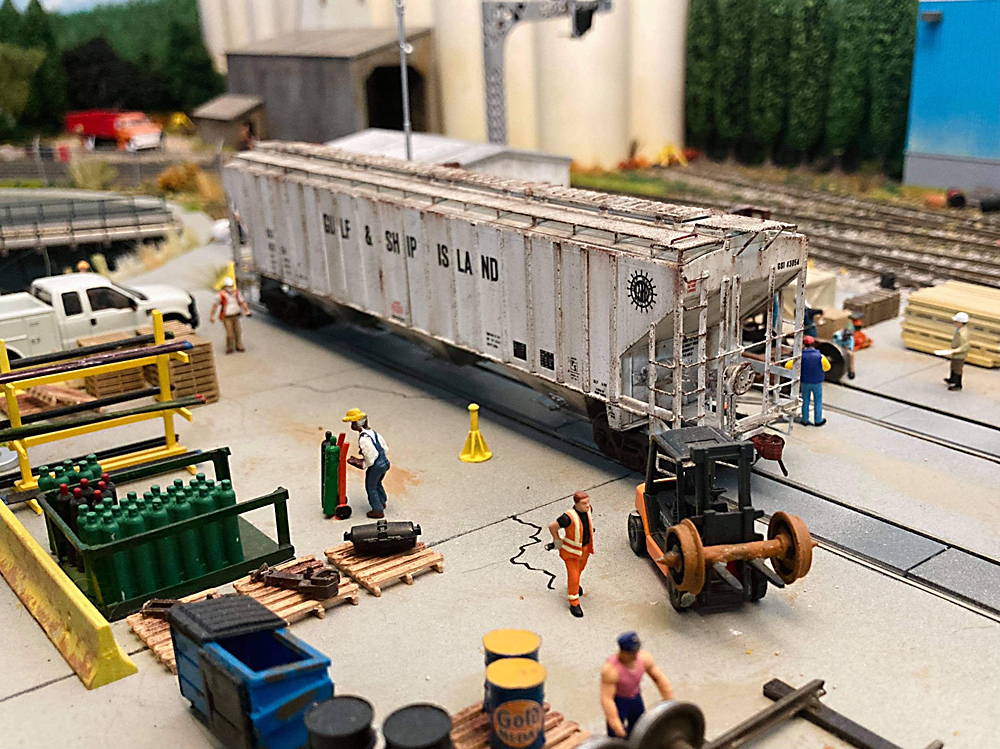 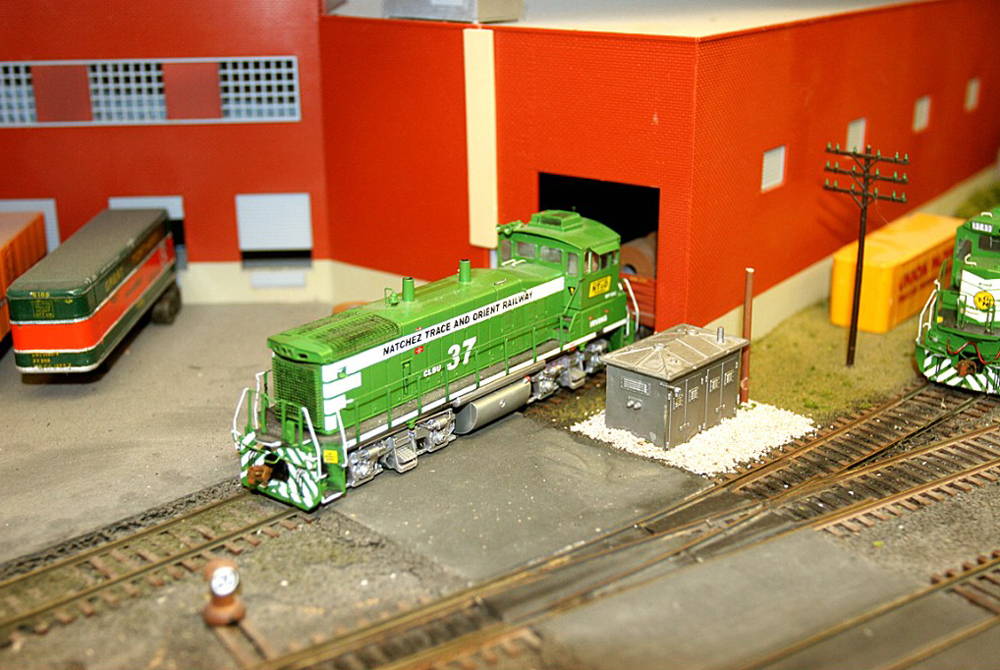 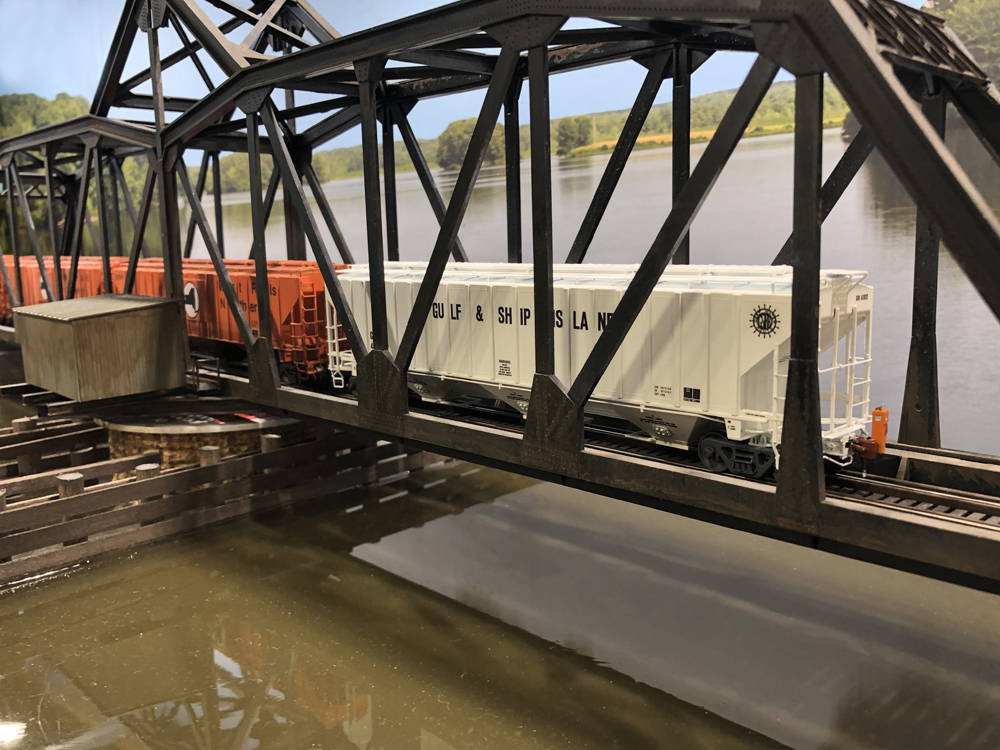