Two Sides of the Same Coin

Most of us have gotten our start in the hobby of model railroading in what seems like a stereotypical way, with the gift of a train set on Christmas or a birthday. My induction to the hobby came at the age of 13 when my father presented me with a Bachmann Empire Builder N scale train set. As soon as I ran the train around that oval of track the first time, I was hungry for more of what the world of miniature model trains might be like.

The discovery of magazines such as Model Railroader and Model Railroad Craftsman led me down a rabbit hole of possibilities. I discovered long gone roads of Missouri, my home state, such as the MKT and Missouri Pacific and developed interests in the classic big-timers like Norfolk and Western, Union Pacific, and Southern Pacific. However, before I came of age and made my own living in the world, I didn’t have a vision of what I wanted to model in the long run. Model trains were simply model trains.

By the time I finished technical school, had a solid footing in my career, and a place of my own, I decided to build my first real layout. In the years leading up to this I had built many “learning” layouts, a way to try techniques I had seen and read about, run trains and keep up with the ever-expanding hobby. I was intrigued by the Missouri Kansas & Texas Lines and decided to build a layout loosely based on its St. Louis Subdivision.

I lived 5 miles from the Missouri River where the right-of-way once ran. It’s now the popular pedestrian route known as the Katy Trail. Over the course of 2 years I built a 13’x12’ around-the-walls style layout focused on scenery and getting the flavor of the locale. Although I did not include prototype locations, I made sure to capture the essence of the era with period-correct rolling stock and equipment. 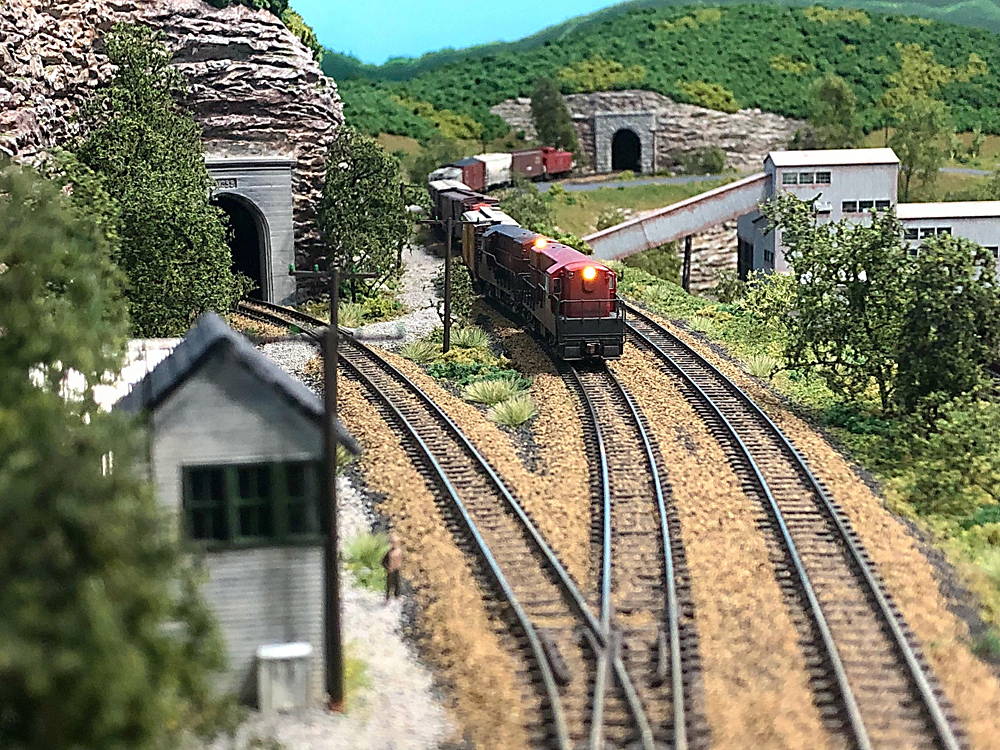 I ran the layout for those 2 years while doing more research into the prototype, but over time I became bored with it. It was around that time I had become more attracted to freelance modeling. Reading about the work of Tony Koester, Allen McClelland and John Allen left me wanting to build a fantasy railroad of my own. The ability to create my own road and run it how I saw fit was a tantalizing prospect.

With 95% percent of the scenery on my humble N scale MKT world finished, I ripped it out down to the benchwork. On a whim, I traded most of my collection for HO equipment and designed a trackplan for a small coal hauling shortline to fit in the same area. I added a center peninsula in the room, and while laying track around its big curve, the name sprang into my head: The Big Turn & Southern.

The railroad grew at a ferocious pace. Within weeks I had a substantial roster of power and equipment to run, complete with details and a fantasy origin story.  The freedom to create what you want at will was, and I think still is, the best aspect of freelance modeling.

The BT&S was a family owned and operated shortline coal hauler. Two generations of family ran the railroad in the northeastern corner of Oklahoma in the Neosho Valley. It had a fictional interchange with the MKT and was set in the 1960s, so I could still get my fill of Deramus and Barringer era Katy goodies. It hauled coal through parts of the valley to and from real-life locations like Welch and Blue Jacket OK, a short trip north from the real world MKT stop of Vinita OK.

Unfortunately, a few months into construction, life came calling. I took a job offer in the Pacific Northwest and the HO layout was dismantled. The excitement for freelancing was still strong for me and after securing an apartment and changing back to N scale to combat space constraints, I immediately started a new trackplan design.

I decided to continue with my BT&S line and slowly began trading away or selling my HO equipment while planting myself back into the world of N scale. While designing the new layout I gave myself some parameters: create a paint scheme and standardize it throughout the roster of power and equipment, do not venture outside of my modeled era (1960-1969), and incorporate two or three homages to my favorite childhood railroads. 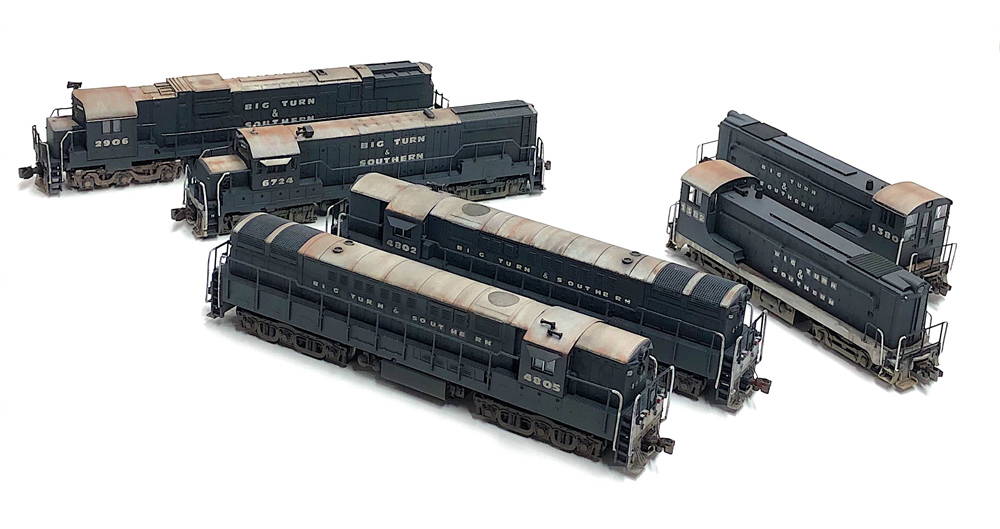 I combined every skill I had gained throughout the years into the new layout. From carpentry, to wiring, to scenery, it became the layout I was proud to display and always excited to operate. A friend taught me operations via switch-lists and it was a perfect fit for a 15 mile long short line. I became obsessed with my freelance line and devoted almost all of my free time to working and running trains on it.

The entire locomotive fleet was clad in 3 different paint schemes that were more than slightly reminiscent of Allen McClelland’s Virginian & Ohio. The scenery mirrored what you would expect to see on the coal hauling roads in the Appalachian or Blue Ridge Mountains of the East coast, instead of northeastern Oklahoma. And I ran anything under the sun equipment wise from Midwest roads as long as the build stamp was in my time period. It was a creation all my own and I owned that; it was grandiose in my mind and it belonged entirely to me. 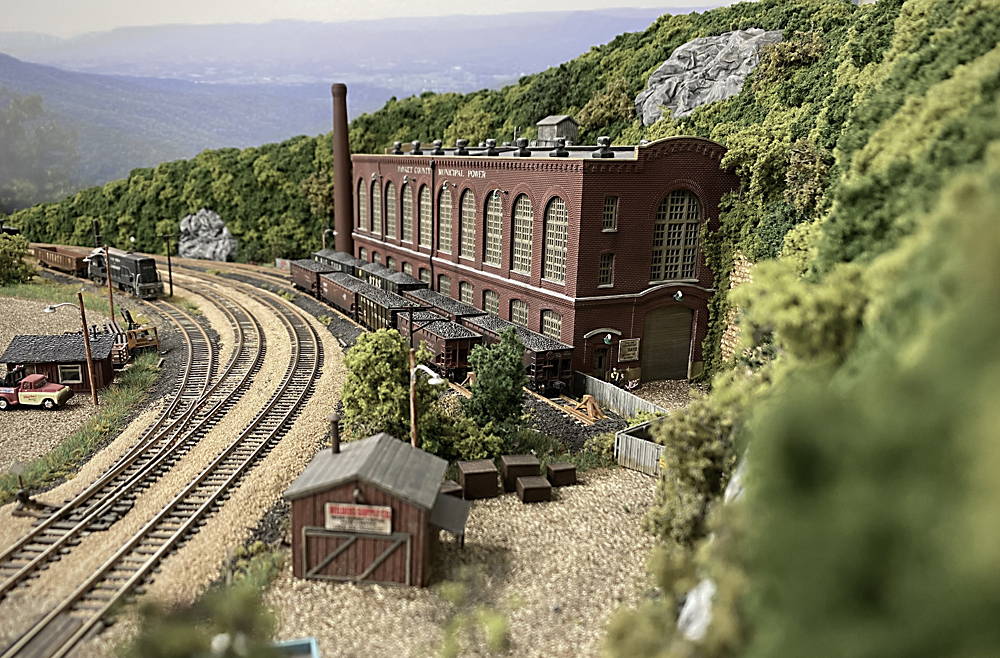 Two years passed with my current creation and I became bored yet again. The layout was fully scenic’d and completely operational, but the need for a challenge grew stronger. I had flown through almost every part of the construction. While it was no small feat as everything was done by the book, I had nothing to slow me down while building it. The entirety of the layout was a shadow or inspiration from something I had seen or read about, but as time went on I wanted to venture into something more complex, more time consuming, more prototypical.

The unobstructed ability to build anything without the constraints of modeling the real world finally led me to a creative block. After a few weeks of processing how to move forward, I instead decided to dismantle the layout entirely and take a long hiatus, not knowing if I would return to the hobby at all. Most of my collection was sold but I kept the important things and stored them away.

I have just recently come back to hobby after half a year away. Renewed with fresh inspiration, I have set out to recreate a small essence of MKT’s “dirt line” located in eastern Oklahoma. With a 6’x2’ table layout under construction, I’ve decided to model the dead of winter, an entirely new venture, to hone my scenery skills even more and focus on prototype power and equipment rather than prototype locations. I’m not looking to rush this time as each new build should be a culmination of previous endeavors.

In my time as modeler I have found out two very important things, both relevant to freelance and prototype model railroading alike:

1. Always take your time to find out what you want to model. The “possibility” tree of modeling is vast and a new branch is always one magazine article or Internet forum post away.

2. Research. My BT&S may have been freelance but a fair amount, and not all by me, went into making the line believable to the real world.

At the end of the day however, this is a hobby for you but shared by many. Whether you choose to pursue freelance or prototype model railroading, there will be a community to support you and provide resources to guide you along the way. 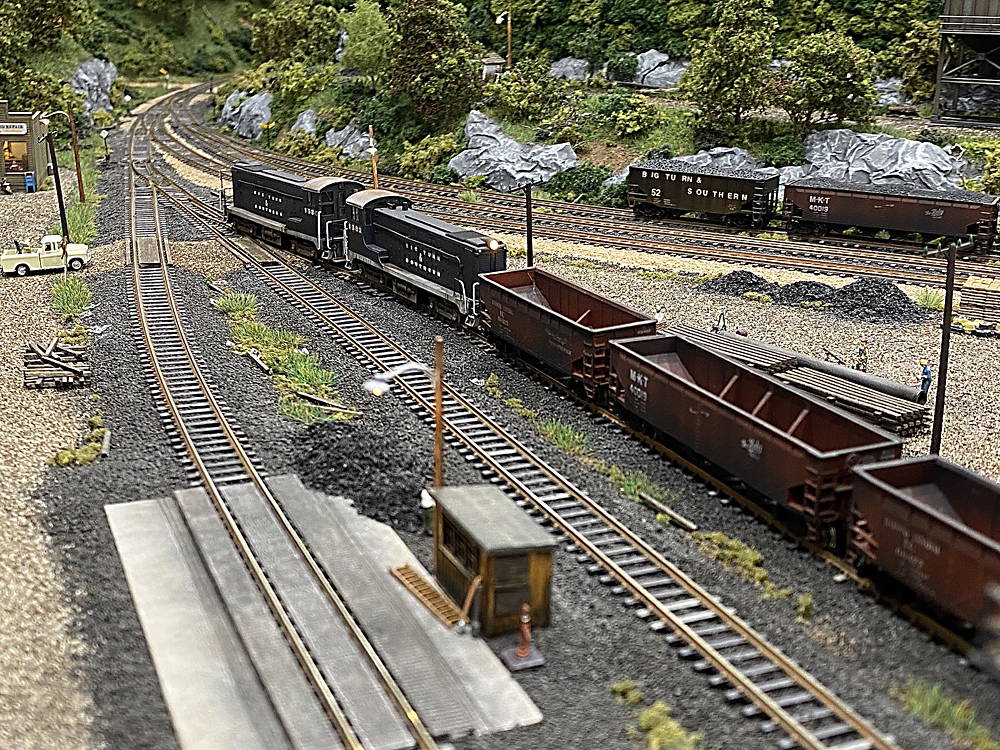